Warsaw has been developing its air quality monitoring system since 2020, when the capital built two additional traffic and air quality stations of a standard comparable to the stations of the Chief Inspectorate of Environmental Protection. In 2021 the city settled on a tender and decided to install a dense network of sensors that will “close” the Warsaw monitoring system and inform citizens about current air quality reliably. Data from all reference stations and 165 sensors will be presented on the Warsaw IoT platform and the mobile application “Warszawa 19115”.

“Some of the devices will appear on school buildings, public facilities and in the area of busy streets and crossroads. Sensors will allow us to more accurately monitor the current situation and eliminate potential threats” says Karolina Galecka from the capital’s city office. 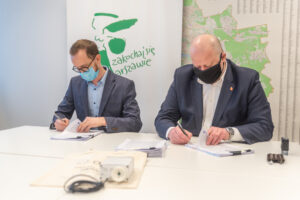 The tender for installing 165 air pollution monitoring devices in Warsaw was resolved at the end of 2021. The installation and implementation of all components provided by Airly Public will take four months, and is expected to be completed by 30th April 2022. After that point the sensors will begin taking measurements of the air quality in the capital of Poland.

Who is installing sensors?

Airly Public is handling the implementation of the entire system. The city of Warsaw has chosen the locations for the devices alongside Warsaw University. The Airly team has conducted site visits and prepped each location for sensor installation. The devices are being installed in the Warsaw territory and 17 neighbouring municipalities. 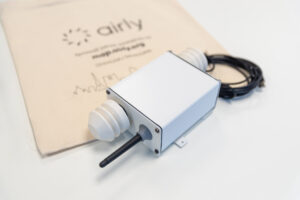 With this network, Warsaw, which is the largest city in Poland, will become the European metropolis with the highest density of this device. The Polish capital has placed a focus on the quality of the sensors. The most important task was to ensure the reliability of the data provided. To achieve this,  Airly designed sensors that eliminate the influence of meteorological conditions on measurements. Maintenance of the system includes verifying sensor measurements and random comparative tests with state reference stations to maintain consistently high measurement accuracy.

The detailed pollution data will allow authorities to improve air quality and quality of life for their inhabitants. Expensive, but at the same time, very accurate State Monitoring stations provided by the Chief Inspectorate of Environmental Protection are necessary, as they enable the operation of low-cost networks. Due to the variability of pollution in space and time, to improve the air quality system, it is advisable to supplement the state networks with dense networks of low-cost devices (with appropriate calibration and data quality control), just as the city of Warsaw has implemented. The advantage of hybrid networks will be:

The sensors, platform and mobile application, were purchased as part of the project “Virtual Warsaw Functional Area (Virtual WOF)”, co-financed by the European Regional Development Fund as part of the Regional Operational Programme of the Mazovian Voivodeship for 2014-2020.