The idea behind the innogy Polska energy group is a Zero Emission Future, a vision of reality in which energy will be produced in an ecological way. For this reason, innogy undertakes a number of initiatives and activities to promote renewable energy sources and zero-emission transport. Last year, the company launched the largest, fully electric car sharing in Poland – innogy GO!

Pilot program innogy go! began on 9th of March 2020. Zero emission electric BMW i3 cars from the innogy GO! fleet measured smog levels in Warsaw using Airly sensors. The data was transmitted on a regular basis during driving and stopping. Thanks to that, SmoGO! Map was created. 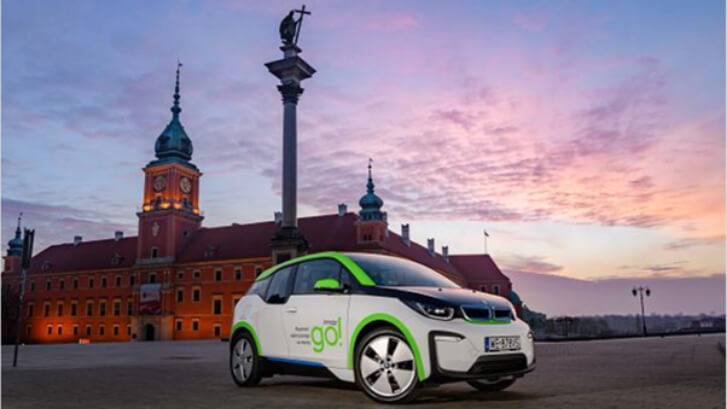 On 9th March 2020 we started an innovative research and development project together with innogy go! which aims to measure air pollution under mobile conditions in Polish capital Warsaw.

Measurements were transmitted from 25 cars (25 locations) at the same time. This showed a real picture of the smog in the given area. The SmoGO! map showed measurements from places that have not yet been marked in stationary measurements. This was largely due to the distance from the stationary smog sensors.

“By renting zero-emission innogy GO! cars, residents of Warsaw will gain access to current and accurate information about the level of air pollution in their area. Until now, some did not have such knowledge at all, because in the place where they lived there were no smog level sensors. Knowing the current level of pollution in your area, residents will have a chance to protect their health better. For example, they will be able to plan their running or having a walk with their children to the time when the smog level is the lowest. Importantly, in the pilot program we will install smog sensors in dozens of cars. We will monitor its effectiveness to develop it and introduce further conveniences”
– says Sebastian Janda, Director responsible for the development of new client solutions at the Innogy Group headquarters.

Sensors installed in the cars are working both while driving and while they are stationary – in the parking lot and during charging.

25 BMW i3 electric cars from the car-sharing fleet innogy go! have been equipped with Airly sensors.

Our devices measure the concentration of PM1, PM2,5, PM10 particles every minute, as well as humidity, temperature and air pressure.

The map shows points representing innogy go! cars equipped with Airly sensors Cars that are on the move can be tracked over the last 20 minutes from mobile measurements that allow air quality to be tested with accuracy to the minute.

The advantage of the innogy go Mobile Smog map of Warsaw over the traditional map showing data from stationary sensors is the possibility to show measurements from places that are not covered by the stationary air quality monitoring.

Until now there was no satisfactory solution on the market for reliable mobile air quality measurements. However, the analysis of data from Airly sensors installed in innogy go cars shows very promising results. In order to determine the quality of the measurements, Airly has taken data from the nearest stationary sensors (whose average distance from mobile sensors is about 1km) and on the basis of hourly averages we observed the following facts:

Benefits and achievements of the project:

Mobile smog map created with InnogyGo and 180heartbeats + JUNG v. MATT agency. Has been awarded 6 prizes in the following categories: